If you are looking for discernment, intelligence and fearlessness in a dog, the Doberman Pinscher takes it all. The Doberman Pinscher or Doberman is a muscular and powerful member of the group of working dogs that are developed for military and police works, and to become a companion and protector in a home. Actually, when you ever get to know a Doberman little by little, you will see that this dauntless and tough guy is ready to become your best canine companion. Below are some fun facts about Doberman you did not know.

1. Doberman is a relatively new breed

Read: The most common Doberman pinscher diseases you must to know​ 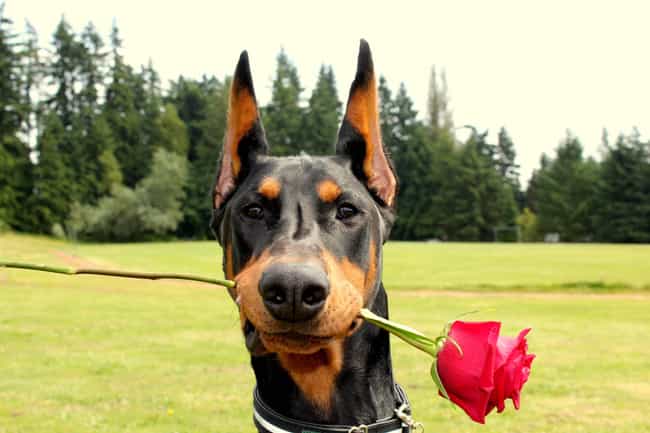 2. The first breeder of the Dobermans was a tax collector

The first Doberman was bred by Herr Karl Louis Doberman. He was a tax collector working in Germany. He traveled most of the time with a large amount of money. That was the reason why he wanted to get a dog that would keep him feel safe during his travels.

3. The Doberman is not a pure breed

This dog breed is actually a mixture of some dog breeds. The Doberman was developed by mixing other dogs like German shorthaired pointer, Rottweiler, Manchester Terrier, Great Dane, Beauceron, Greyhound and Black and Tan Terrier. The exact ratios of the mixing and the exact breeds used remain uncertain up to this day. But, one thing is for sure, and that is a lot of dogs went into the process. 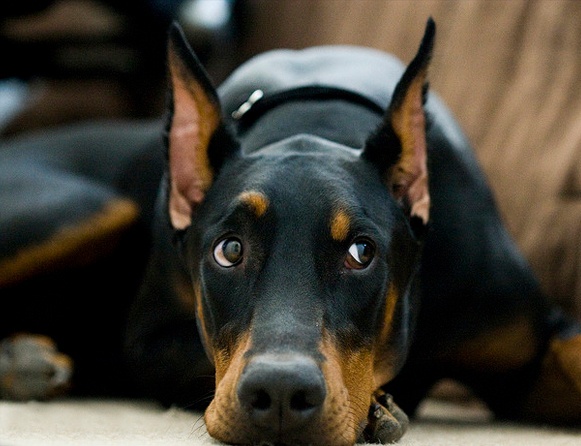 Doberman is actually a mixture of some dog breeds

4. Doberman is also known as Dobermann and Dobermann Pinscher

Some countries have double “n” at the end of the word Dobermann. The term Pinscher is a German word which means ratting dog. Up to this day, it is still unclear why the term Pinscher was added to the name fo this dog breed. But, scholars believe that it is due to the breeding of another pinscher breed to the Doberman at the earlier times.

5. The docking of ear and tail is not only for show

The docking serves a purpose. The Doberman is needed to be always ready to engage in fights since he is a guard dog and is bred for protection. However, some pet owners tend to remove the weak spots which can be pulled on or torn, like the tail and the ears, to avoid altercations. Nowadays, most of the Dobermans are no longer engaged purposedly for fights. But, there are still some health conditions needed to be considered.  The tail of a Doberman is very sensitive and thin which may break more easily. Pet owners also dock the floppy ears as well because they prevent air from flowing easily to the ear canals—thereby causing ear infections. Many, however, find this practice cruel and unnecessary. Consequently, many countries have banned this practice.

Some Doberman owners tend to remove the weak spots which can be pulled on or torn, like the tail and the ears, to avoid altercations

6.No task is out of a Doberman’s league

This dog breed is brilliant and athletic. That is why no job is too big for a Doberman. The Doberman has been used and trained for a variety of sports and jobs which include police works, coursing, scent tracking,  diving, search and rescue, guiding the blind and therapy.

7. The Doberman can be a movie star

The Doberman Gang is a movie about six savage Dobermans with a thirst for cash which leaves many banks bone dry. It is funny that they are named after six famous bank robbers. Through their persuasive growls and barks, these dogs manage to make a lot of money.

8. The Doberman is also a war hero

During World War II in the 1944 Battle of Guam, the first canine casualty is a Doberman in the name of  Kurt. He was ahead of the troops and warned his companions that the Japanese soldiers were approaching. His bravery saved many soldiers. 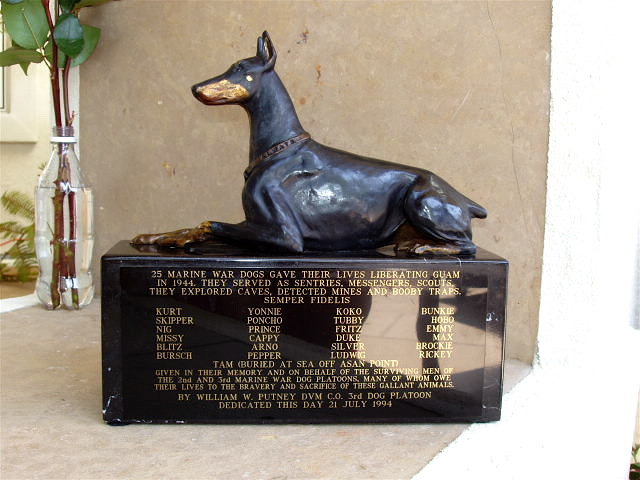 During World War II in the 1944 Battle of Guam,  a Doberman in the name of  Kurt saved many soldiers

Sadly, Kurt died from a grenade thrown by the enemy. Kurt, together with 25 other war dogs, are buried in the United States Marine Corps War Dog Cemetery in Guam. The bravery and love Kurt showed gives people realization about love, even though it was during the act of war.

9. The Doberman is brilliant

The Doberman ranks fifth among the smartest dog breeds. He is also easily trained. Another fun fact about Doberman is that this dog breed usually outsmarts his pet owner. He easily gets bored, too.

10. The Doberman has an excellent hearing range

Well, this makes a Dobermann perfect for a protection dog. His hearing is very sensitive and can hear frequencies which are above of what humans can hear. He can hear sounds 250 yards away.

Read: Effective ways to stop a Doberman from peeing in the house​ 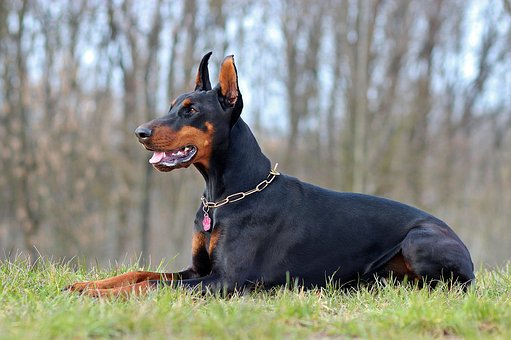 In summary, this article presents fun facts about Doberman. The transition from protection dog to loving companion has come to Doberman. Many dog breeders are trying to curb the aggressive qualities of this dog breed. Today, Doberman has a softer personality compared to before. Just like any other breed,  his temperament is dependent on proper handling and training. The potential of a Doberman to become an excellent canine companion can only be maximized by those who can properly train and socialize this dog breed.