10 Things Only an English Bulldog Owner Would Understand
5,640

When you think of the English Bulldog, you might think about the Union Jack, Winston Churchill, commemorative mugs and the likes. However, behind this familiar shape of this ubiquitous dog lies a much more complicated story. This smushy-faced dog is so adorable with plenty of personalities. This dog is soft yet stubborn, reserved yet affectionate and playful yet lazy. There is a fine line between being a coward and a daredevil. This dog will surely love you and your children to bits. However, he can be so willful that he will probably only respond to training just to keep you satisfied and happy, not because he gives a toss. Below is a list of things only an English Bulldog owner would understand.

Most of the time, his drool is out of control.

Things Only an English Bulldog owner would understand

# 1. English Bulldog is a high maintenance dog. One of the things only an English Bulldog owner would understand is that this dog is a very high-maintenance dog. He requires a lot of medical attention. Most of the time, his owner has to perform hygiene and health-related tasks every single day. He needs to get his face cleaned almost daily to help prevent allergies and infections. Having this dog is very expensive as you need to keep him healthy, but it is worth it!

# 2. He is incredibly stubborn. You also might not know about how stubborn this dog can get. Once he sets his mind to doing something, there would be nothing or no one that can change his mind. He will try to fit himself into way too small of spaces. He also will try to eat something that is prohibited. Once he becomes determined to destroy one thing, he would surely do it

# 3. He snores and snorts very loudly. Another amusing addition to the list of things only an English Bulldog owner would understand is when he sleeps, he would snore louder than one could ever think. His body is so small and dense, but his respiratory system can cause him to have breathing issues. That is why this causes him to snore and snort. If you are looking for a pooch to sleep with, this dog is not for you because his snoring will surely keep you up all night long.

He is a funny sleeper.

# 4. He is loyal and dependable. One thing you would love about the English Bulldog is he can be very protective of his family. He is also incredibly loyal to his owner. Whenever he feels intimidated or threatened, he will surely bark at anyone or anything.

# 5. He is a regular nap-taker. You might also not know that the English Bulldog likes to take at least two naps in a day. He easily gets tired from simple tasks such as walking around or even, eating. As a fur parent, giving your dog a nice and comfy bed to take countless naps is very essential to keep him happy.

# 6. He can also be energetic. The English Bulldog can also be very energetic when he is still a pup just like some other dog breeds. When he grows out of his puppy stage, he eventually begins to calm down. Then, he will learn to love more sleep and become lazy. However, every dog is different and has varying levels of energy.

# 7. He makes the cutest pups. Another irresistible addition to the list of things only an English Bulldog owner would understand is the English Bulldog is without a doubt the cutest puppy. His wrinkles and short legs are very silly but adorable. If you want a precious little ball of fur has a personality of a human, this dog is perfect for you!

# 8. He has deceptive looks. Well, many people assume that this dog is aggressive because he looks like a top-heavy barrel on legs. However, this dog is a nothing but a lover. He may look like a grumpy old man, but he is more amiable and easy-going.

This dog is great for kids!

# 9. He has more human DNA than any other dog breed. Do you know that this dog behaves exactly like a human? He watches television, asks for stuff, plays with himself, grunts when you talk to him, sits crossed-legged on chairs, uses a skateboard, and knows where everything is kept especially his treats

# 10. He is a cowardly custard. Last but not the least to the list of things only an English Bulldog owner would understand is that this dog can be a total coward. Birds, leaves, bees, Hoovers, bin-bags – Name it and no English Bulldog will like it. He faces fears by walking backward. 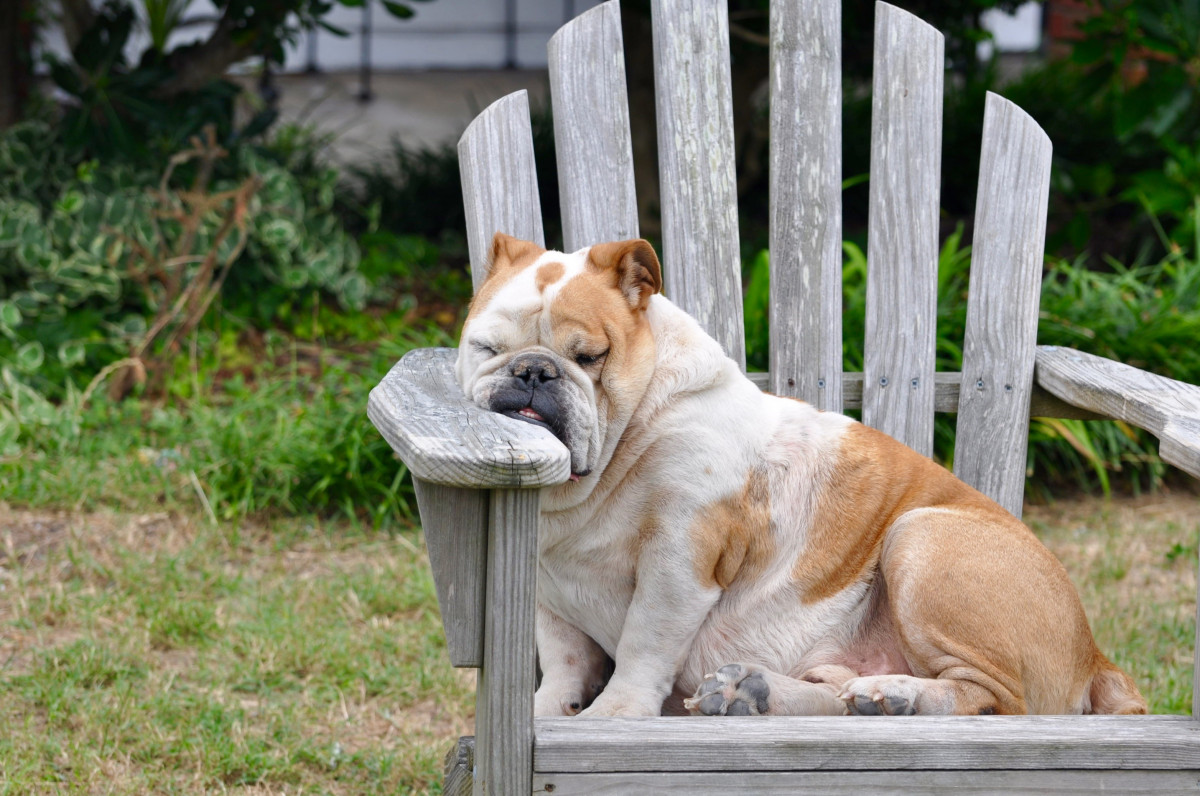 This dog is a little bit lazy.