Are you looking for reasons to fall in love with a Boxer dog? Well, you are on the right page. A Boxer is a loyal, smart and goofy canine friend who is very lively and can be a perfect addition to your family. He might express a sense of worry on his face, but his heart is undoubtedly full of fun and affection. If you have not fallen in love with them yet, these fun facts about the Boxer below may do a little magic. Prepare yourselves to be surprised as you learn a few things about this lovely breed.

Fun Facts About the Boxer

1.Boxer is a distinctive breed with a long and interesting history

The ancestors of this dog breed, along with his cousins, the Bulldog and the Mastiff, can be traced to the ancient Assyrians on 2000 B.C. Bred for working and hunting, he is a powerful dog that is often used in war. For many centuries, the Boxer was used as a hunting dog for deer, bears, and boars. The breed has spread all over Europe and England which can be seen in Flemish tapestries as early as  16th century. However, it was in Germany that the Boxer reached the peak development of his breed to become the remarkable and beautiful dog we know today. 2.Boxer has a long puppyhood

This dog breed is one of the many dog breeds which have the longest puppyhood. Boxers will take three years to reach full maturity.

3.It is normal for a Boxer to snore

Blame the snoring on the facial structure of this dog breed. Having a flat and compressed face as opposed to dogs who have longer snouts, it is only natural for a Boxer to snore. Do not worry. It is harmless unless the snoring is already interfering with his sleep, or he makes other noises when awake, or he experiences trouble in exercising and breathing. If you see any of these concerns, it may be time to have him checked by the veterinarian for professional advice. 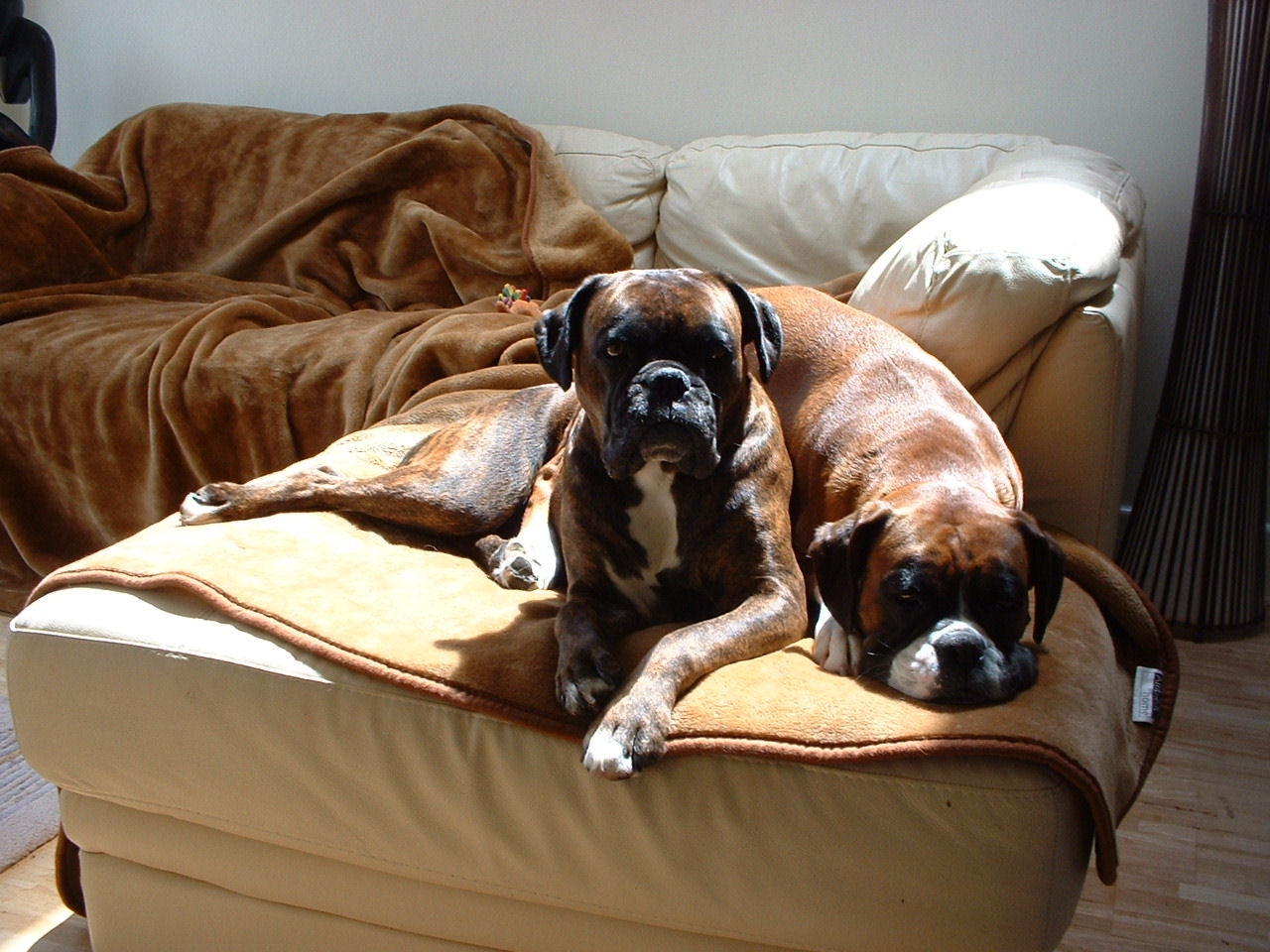 Having a flat and compressed face as opposed to dogs who have longer snouts, it is only natural for a Boxer to snore

4.Boxer is excellent for dog shows

Dog shows are competitive events for choosing the best of breeds. The Boxer never loses his place in a dog shows. This dog breed has actually won Best in Show four times at Westminster in the years 1974, 1949, 1951 and 1970.

5. Boxer has a high potential for sports like rally and agility

The Boxer can be absolutely triumphant when he races in the agility course, performs in the rally, or struts his stuff in the obedience trials. The Boxer is extremely intelligent and has a mind of his own. Being his trainer, you must possess patience, creativity, and consistency to maximize his potentials. Take note also that he becomes bored if the training is repetitive.

Read: Best tips to Proper Exercise for your Boxer Dogs 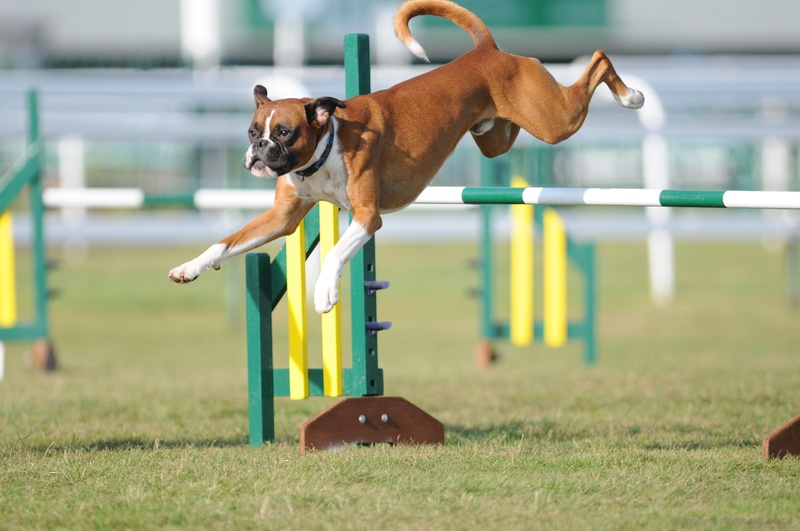 The Boxer can be absolutely triumphant when he races in the agility course, performs in the rally, or struts his stuff in the obedience trials

6. Boxer is a record holder

A boxer holds the world record for longest tongue. His tongue measures 17 inches in length.

7. Boxer is an indoor breed

Even though this dog breed has high energy, he is not an outdoor dog for physical reasons. Being exposed to outside temperature for a longer time is not healthy for a Boxer. He has short snout which makes him difficult to dissipate heat during summer season. Also, his short fur is not suitable to keep him warm in the winter season. His body structure also does not allow optimum body cooling.

Read: How to Treat Acute Diarrhea in Boxers At Home​ 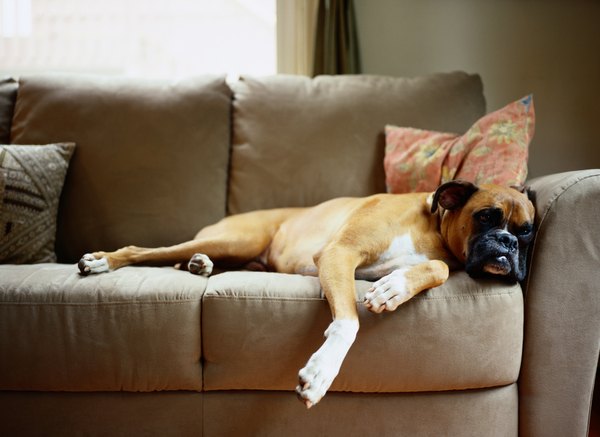 Even though Boxer have high energy, he is not an outdoor dog for physical reasons

8. Boxer is a lover and not a fighter

Despite being linked to his ancestors of courageous hunters, one of the most appealing traits of a Boxer is his tremendous love for humans. He also needs love in return, of course! He becomes the happiest when he is with his family, especially being around with children. His being patient and protective with children make him an ideal family dog.

9.Boxer is an excellent service dog

Because of his attachment to humans and his intelligence, the Boxer is used as guide dog most of the time. He guides the blind and helps in the therapy for shut-ins. He is also an alert dog for humans who have epilepsy. He alerts them to an imminent seizure and will be able to call for help once a seizure occurs. 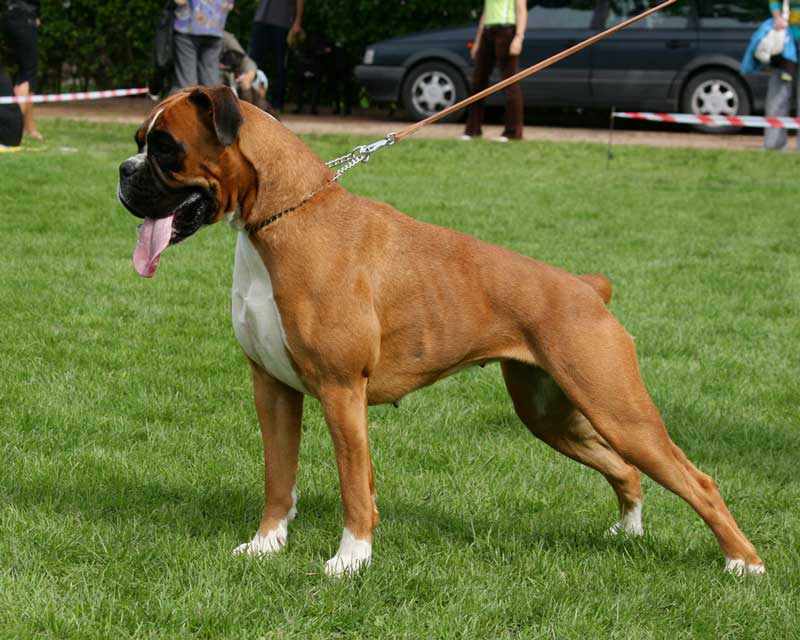 Because of Boxer's attachment to humans and his intelligence, the Boxer is used as guide dog most of the time

10.Boxer is an entertainer

This dog breed is goofy and makes humans laugh and enjoy his company. You might even wonder if he is still the same dog. He is very patient with kids too. You can have a toddler pull his ear off without him complaining.  This dog breed can display the right amount of roughness while enjoying and playing with people of all ages.

In summary, this article presents fun facts about the Boxer. This dog breed is simultaneously a clown and an intellectual. He is perfect for a family and enjoys the company of everyone. He is not aggressive, but he can be stubborn and destructive if he is not correctly handled and appropriately trained starting at a young age. If all of these make you love a Boxer even more, then maybe it is time for you to have one! He can be your perfect companion for sure.